Remodeling a House – What to Restore & What to Replace 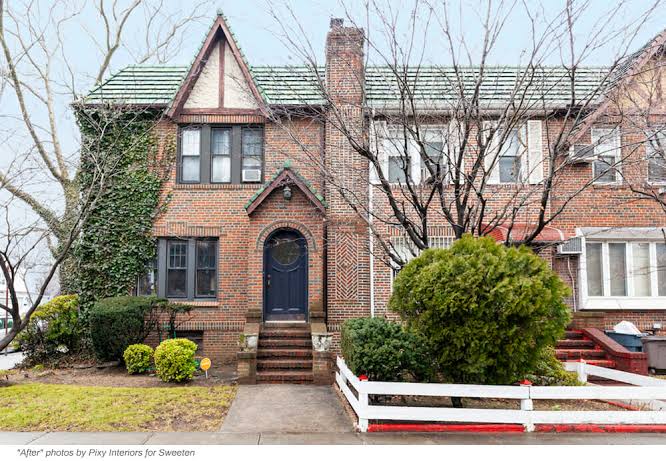 House remodeling is not just a want. In most cases, it is a need. If you’ve just bought an old or historic house, then you must already know that there are things that you would have to restore and others that you have to change. In this case, house remodeling is a necessity.

While it is impossible to deny how charming houses from previous centuries can be, they are from the past. So, it will lack a lot of modern touch to it before you are comfortable enough to move into it.

Restoring and replacing is an essential part of house remodeling, especially for a century-old house. When you are deciding what to restore or fix up, you have to start with those things that are very hard to replace, especially if they are still in good enough condition. Some of the items that fall in this category are external and internal doors, window frames and windows, fireplaces, etc.

On the other hand, items that you should replace have to start from the damaged ones. This is mainly if their damage is caused by water or insect. One good thing about houses like this is that it is possible to get replacement items from warehouses and shops that keep and sell such items from historic houses. If you can’t get any of these historical items to replace the damaged one in your home, you can use modern materials to replicate the item.

Most of the time, these historic houses have stained and wavy glass, extremely difficult to replace. So, whatever house remodeling that you are doing can’t include removing and replacing the window. What you will replace instead are the sills and frames that may be damaged by water or insects. If the frames are severely damaged, then you might need to replace a large part of the wood or all of it. However, you can and should always save the glass.

Houses like this will have vintage doors made from solid wood and are large and heavy. These doors also have panels and designs that are intricate and also extremely hard to replicate. So, rather than replace it, you should sand and restain the doors. This will retain your house’s vintage charm even while you add the modern blend to the many other parts and remodel it to your current taste. You are also going to save money from doing this.

The floors of vintage homes are usually hardwood, which you only need to refinish even though a carpet covers it. What you need to do is remove the carpet that was placed after they built the house. This will allow proper inspection of the floor for insect and water damage, cracking, and warping during your house remodeling. If the condition of the floor is good enough, you can refinish it so that it retains the house’s vintage charm and saves money at the same time.

It was a common trend for houses in the past centuries to have fireplaces. This added charm and character to the house and is an alternative option for heating. This is no longer a common trend, and house owners now close up these fireplaces with bricks, drywall over it, or install ductwork through it. What you need to do is to reveal these fireplaces, then restore and update them. This will ensure that your house is period-accurate.

Ideally, the roofs on old houses are created to last very long. However, if it is a century-long house, then there’s every chance that the roof would need replacement by the time you are buying it. So, your house remodeling will typically include putting a new roof over the house. This vintage house commonly uses slate roofs. If you like that, you can get a new slate roof installed over the place even though they can be quite expensive. However, depending on factors such as if the house is on the historic registry or not and your faithfulness to the period home you want, it might be possible to replace the slate roof with an architectural shingle roof that appears like a slate but is less costly. This could allow you to save $1000 per 100 square feet.

The cooling and heating system

You shouldn’t be surprised that historic homes don’t have air conditioners. What they had instead were wood-burning stoves and fireplaces. The one you bought may have a boiler. During your house remodeling, you can decide to retain the radiators as long as they are working and replace the boiler. If any of the house’s past owners had installed an air conditioner, then you are likely to find an old one in there. Be sure to confirm if it is in proper working condition. If the air conditioner is up to or older than ten years, then you should replace it.

It is improbable that your vintage home has electrical wiring that meets modern standards and codes. This is because most of the older electrical systems used a 2-wire system and not ground. Currently, the wiring systems could be three or 4-wire, and you have to upgrade the electrical system so that it meets up to standards with the modern building codes. In this case, you must remove the fuse box and put a circuit breaker box in its place.

We do not always buy a house that’s already our taste. Instead, we make whatever house we buy to our taste through house remodeling. Remodeling a house is a vital thing to do, especially if it is a vintage house that you got. You have to replace things in the home to raise the standard and give it a modern-day look. On the other hand, there are things that you fix up or restore so that you can retain the charm of the vintage home.

Jessica Chapman, a writing editor at best writing services and is from Chicago. She is into sport and politics, enjoys traveling. Contact Jessica on Facebook.