The Top 7 Reasons Why You Should Go Solar 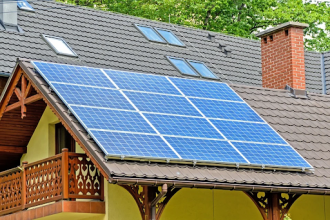 As the world becomes increasingly more developed, so does the need for new and innovative forms of energy. With an increasing population and a higher demand for energy, it has become more important than ever to find alternative sources of energy that are both environmentally friendly and sustainable. Solar power is one such alternative that has been gaining more and more attention globally over the past few years – and for good reason or 7 good reasons to be exact.

One of the biggest benefits of solar power is that it is incredibly cost-effective. With solar panel installation prices dropping steadily each year, solar panels are becoming more and more affordable for homeowners and businesses alike. In addition, there are a number of government incentives and rebates available for those who install solar panels, making the switch even more financially appealing. Apart from that, switching to solar energy can reduce your overall energy costs by 50% or more, depending on your current energy usage. On average, you can see a decent return of investment in as little as 5 years.

Solar energy is a renewable resource, which means that it can be used over and over again without any negative impact on the environment. The sun provides an inexhaustible supply of power that can’t be depleted like fossil fuels. Solar technology has been getting cheaper and more efficient every year. When you go solar, you’re not just doing your part to reduce pollution – you’re also ensuring that you’re using a resource that simply won’t run out – and that means that you won’t be upsetting the environment in the long run. Solar energy is reliable. The sun is always shining somewhere on the earth, which means that, in time, solar energy can be relied on to provide power even when the weather isn’t ideal. While currently, it’s a good idea to have an alternative energy source just in case of a cloudy day, in the future, as solar technology continues to improve, this won’t be as much of an issue.

Another big benefit of solar energy is that it doesn’t produce any emissions or pollutants. This is a huge advantage over traditional forms of energy generation, such as coal and gas, which release harmful toxins into the air. Not only does this damage the environment, but it can also have a negative impact on human health. Solar energy is a clean, green form of power that doesn’t damage the environment or pose any health risks to humans. Using solar energy means that you’ll be reducing your carbon footprint, which is great for the environment. For example, when coal is burned, it releases CO2 into the air, which is a leading contributor to climate change. The more people who switch to solar, the more we can help reduce our reliance on harmful fossil fuels. It’s important to understand that fossil fuels aren’t just harmful when it comes to using them to create energy. Extracting them from the ground also has a devastating impact on the environment.

Solar panels are incredibly durable and long-lasting. With proper maintenance, they can last for upwards of 25 years, which is significantly longer than traditional forms of energy generation. Not only does this mean that you won’t have to worry about replacing your solar panels for a very long time, but it also means that you’ll be saving money in the long run. When you factor in the cost of repairs and replacements for traditional forms of energy generation, solar panels end up being a much more economical option in the long run. As technology evolves further, it’s likely that solar panels will become even more long-lasting.

Solar panels require very little maintenance, which is another big plus. Once they’re installed, you can basically forget about them – aside from the occasional cleaning. This is a huge contrast to traditional forms of energy generation, which require frequent and costly repairs. Not only will you save money on maintenance costs, but you’ll also save time. Cleaning them implies just a simple hose down and less severe issues will only require you to dust them off. If they do get damaged – and this is most likely to happen with the older solar panels – they’re very easy to repair, and there are more and more skilled professionals entering the solar industry every day., which means that you should have no trouble finding someone to help you out if needed.

One of the best things about solar energy is that it gives you grid independence. This means that you’ll be able to generate your own power, regardless of what the grid is doing. This is a great option for people who live in areas that are prone to blackouts or brownouts. It’s also perfect for people who want to become more self-sufficient. With solar energy, you’ll never have to worry about being without power – you’ll always have a reliable backup source. The more people who switch to solar, the less reliant we’ll be on the grid, which is a good thing, as the grid is becoming increasingly unreliable. This is also an important factor if you live somewhere remote where it could potentially take days to have someone come over and help you out if there was an issue with the grid.

As the saying goes – act locally, think globally. This is especially true when it comes to solar energy. One of the best things about solar is that it’s a global solution – every time someone installs a solar panel, they’re helping to fight climate change and promote sustainability. Not only does this help the planet, but it also helps future generations. Solar is one of the most sustainable forms of energy generation and it’s only going to become more and more important in the years to come. So, if you’re looking for a way to make a difference, solar is a great option. When large areas – such as entire countries – switch to this energy source, that means that the budget won’t be as strained trying to pay for unsustainable energy sources – and that means more money for schools, hospitals, and social programs.

Alternative energy sources have been gaining more and more attention globally over recent years. This is for a variety of reasons – both individuals and businesses are looking into switching to green energy sources due to their many benefits. While the 7 reasons listed in this article are among the most important, there are many others that could be mentioned. The key is to do your own research and decide what’s best for you.